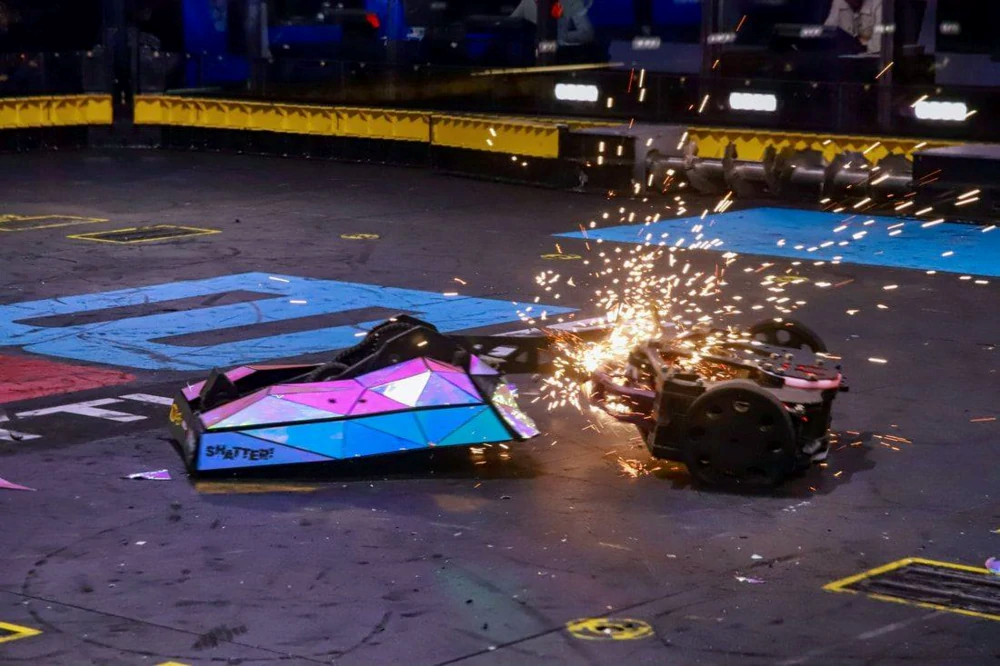 As the 2020 season of Battlebots finally came to a close, the rookie bot Malice ultimately came away with a record of 4 wins and 3 losses. Our team had written up a laundry list of things we would like to see improved, from better weapon belt reliability, to a passive self-righting system that prevents the robot from getting stuck in certain orientations. But one of those items included a revised weapon design that would add a second impactor to our weapon. This weapon would eventually be dubbed “Rolling Blackout.” 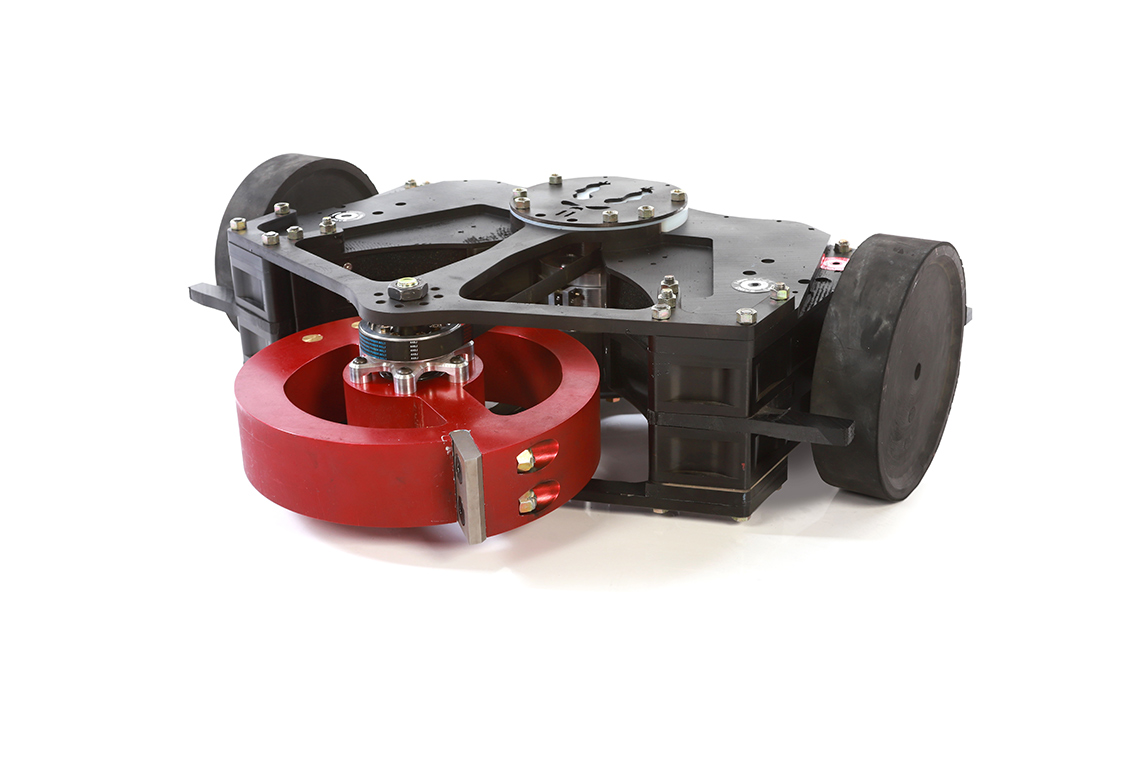 The original weapon, Big Red, is a 4-inch thick, 20-inch diameter single tooth disk, or “drumette,” made almost entirely of aluminum with a hardened steel impactor. While we could have simply mirrored one half of the weapon to get desired result of two weapon teeth, we also wanted to add a certain element of redundancy. Big Red’s weapon tooth is slotted into an aluminum disk to provide support when it impacts its opponent. However, there are only two 5/8-inch bolts holding the tooth onto the disk, and one well-placed shot from a vertical spinner could easily punt the weapon tooth out of the disk, hurtling into the arena’s ceiling. Isaak Malers and I began to devise a new and improved weapon. 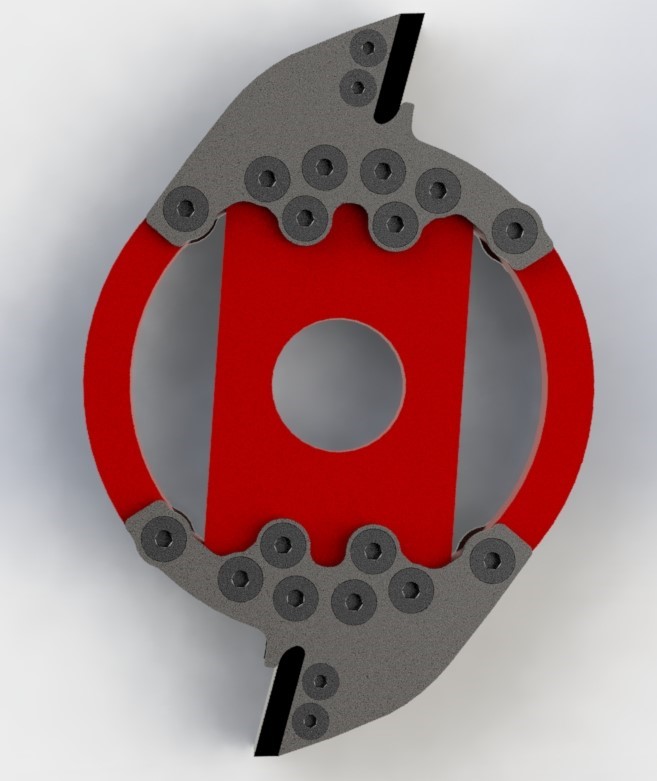 Right out of the gate, the initial design proved troublesome. The all-aluminum disk design was terribly expensive to manufacture, so Isaak and I began to create a weapon with an aluminum base with steel support and hardened steel teeth. The initial design used an aluminum hub in the shape of a bar with steel plates that would go on top. The weapon would still be disk-shaped to increase the Moment of Inertia, but we found ourselves plagued with weight issues. The new disk was just too heavy. 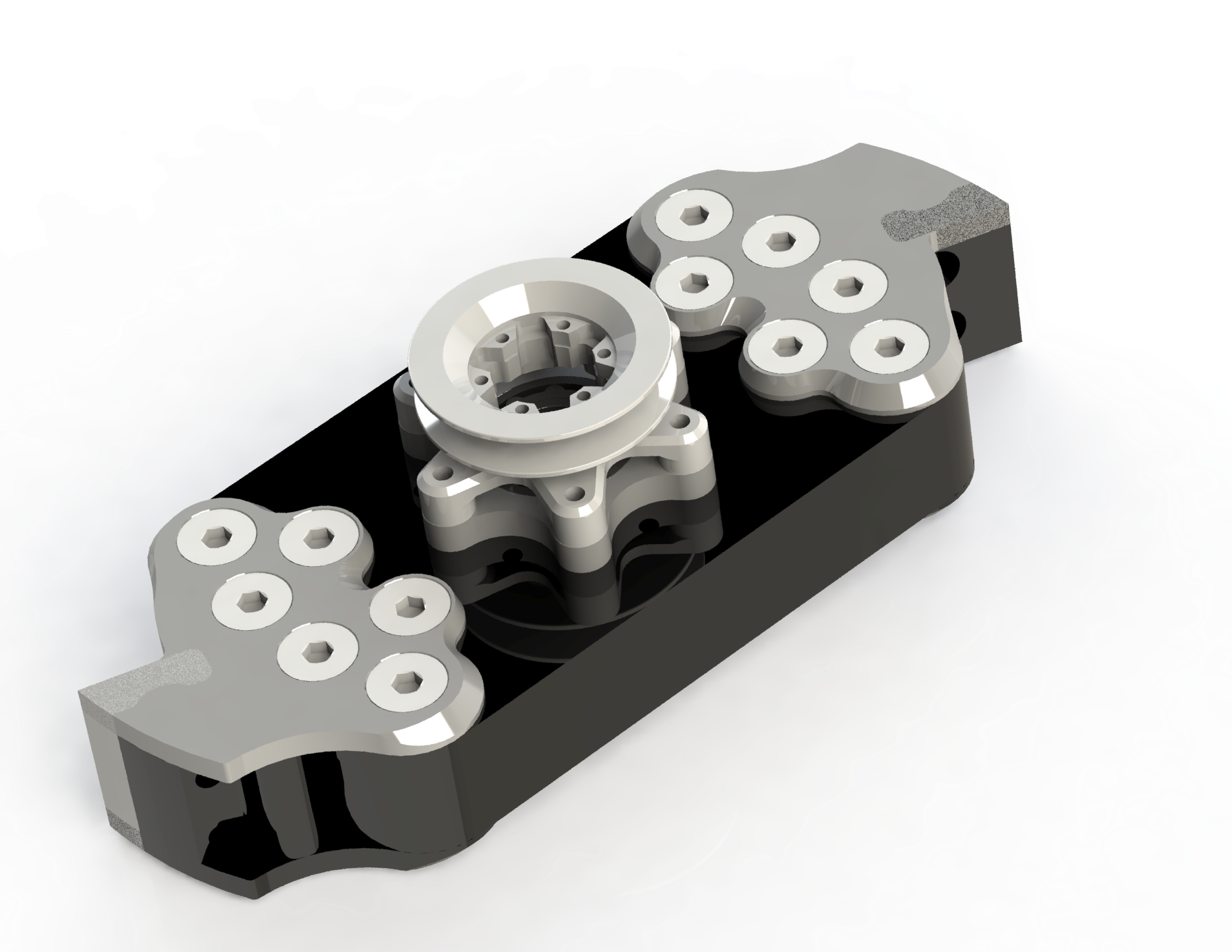 Isaak and I began cutting weight from many different places and eventually got the weight down from 73 to just over 55 pounds. One area that we had to cut was the steel rings that formed the weapon into a disk shape. The rings had originally extended from one tooth to the other, but the weight reduction resulted in splitting them into their own parts. Our weapon disk had now become a weapon bar. Unfortunately, our revision didn’t come without a few compromises. Now that the two teeth were separate entities, each one had less support. This new change now relied on supporting the top steel plates and the weapon teeth with putting the bolts in shear. Using SOLIDWOKRS  Simulation, we were able to run studies that to ensure that the bolts in shear should prove to be strong enough.

As mentioned earlier, the steel plates that secure the weapon teeth to the disk are slotted in such a way as to not rely on the bolts holding the weapon teeth in, but rather the plates sandwiching them together. In total there are twenty four ¾-inch bolts securing the steel plates to the disk, and four redundant bolts securing the teeth to the disk. As we were finalizing the finishing touches on the new weapon, we were able to find some additional places to cut a bit of weight, which resulted in the steel plates becoming one of the more sophisticated and sleek looking pieces in the weapon. We used SOLIDWORKS to aid us in creating these beautiful chamfers. What was once a standard, and somewhat drab part, had become a work of art and one of the main reasons we were able to come within the weight restrictions. 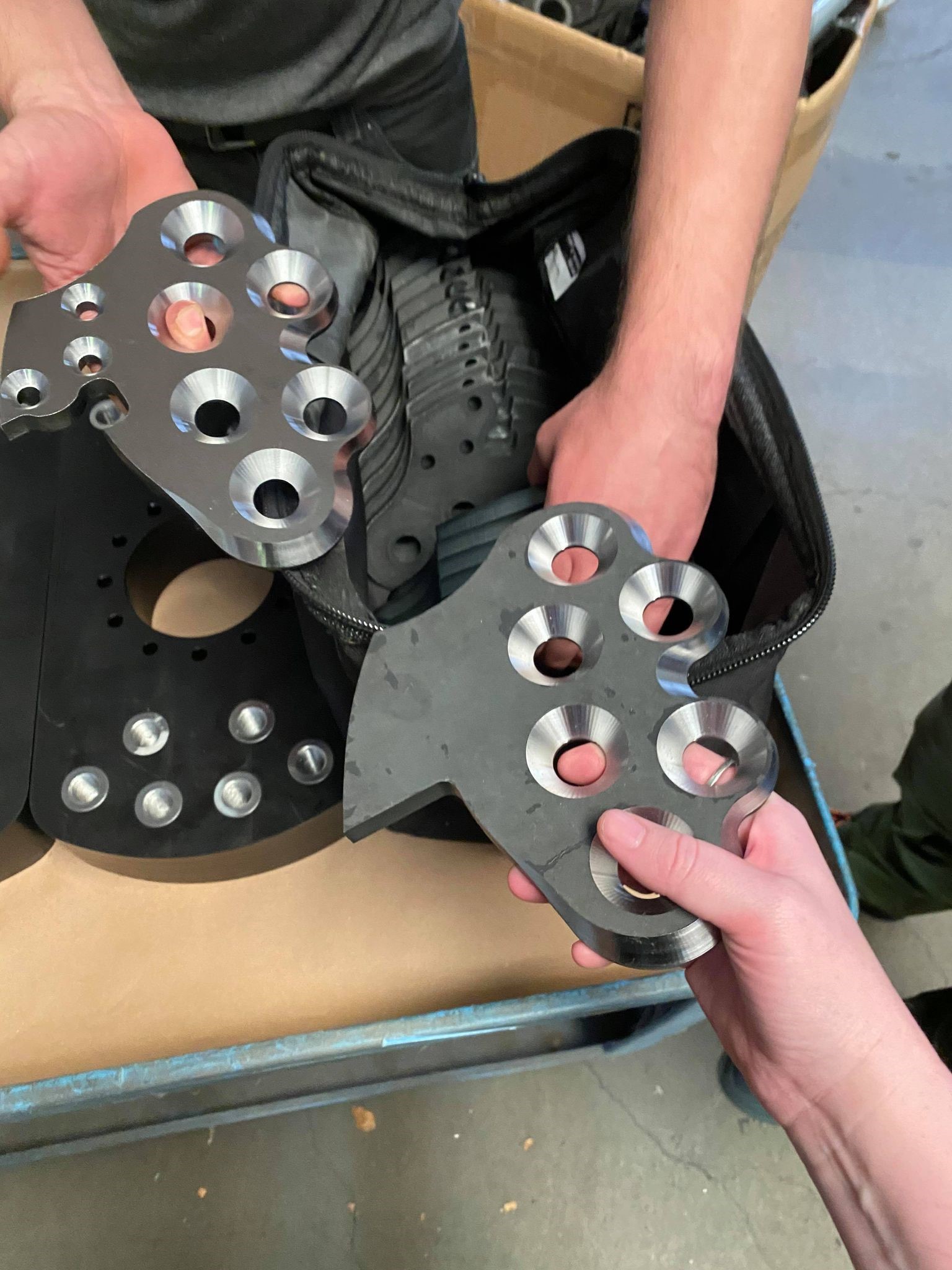 Without SOLIDWORKS, Malice’s weapon bar would be overweight, and we wouldn’t have had the confidence to run it as we did. SOLIDWORKS brought beauty, function and reliability into Malice. Thanks, SOLIDWORKS.