A new era of product design innovation is upon us. 3D printing and digital manufacturing have reached the point where the question is not how, but when will additive technologies go beyond the existing limitations of traditional manufacturing. Companies at large will embrace additive manufacturing, and designers cannot ignore it or may find themselves in the position of writers who stuck to their typewriters, or photographers who insisted that film and chemicals would prove no match for Photoshop.

This year, at SOLIDWORKS World, I’ve been speaking with designers and engineers who have been creating, iterating and producing on additive platforms instead of injection molding. The response has been hard to argue with. Creative minds are bought in on using additive manufacturing to bring to life new shapes, such as complex lattices or multi-texture surfaces that are simply impossible to mold or mill. Even for more standard components, technologies like HP Multi Jet Fusion reduce the turnaround time on making prototypes from weeks to days, enabling designers to repeatedly test and refine without waiting. Once prototypes are complete, they can then move to full scale production, all on the same 3D printing platform. 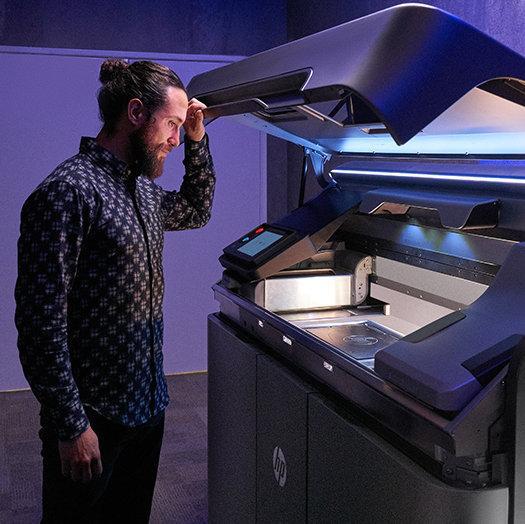 Additive manufacturing marketers tend to focus on selling the upgrade upstairs to the executive suite: productivity gains, cost reductions and quicker time to market. Designers who’ve worked with additive, however, speak of something bigger: The freedom to deliver better work. One of the companies that HP has partnered with to accelerate that design freedom is Dassault Systèmes. Through this collaboration, designers are no longer held back by prior limitations, and are able to rethink their entire approach towards making parts and products.

How tech brings down cost and accessibility of prosthetics

A company taking real advantage of the potential behind HP and Dassault’s partnership is Unlimited Tomorrow, which uses HP Jet Fusion 580 printers to empower amputees with 3D-printed prosthetics. There are over 30 million amputees worldwide, and right now only 5 percent have access to prosthetic devices, according to the Amputee Coalition of America.

Current prosthetic devices cost up to $80,000, which many cannot afford. Even if they can, the process of getting the limb to them can take months. Children who need prosthetics are often forced to use basic, cumbersome devices which limit their everyday life. They also require resized artificial limbs as they grow into adulthood, driving the cost even higher. 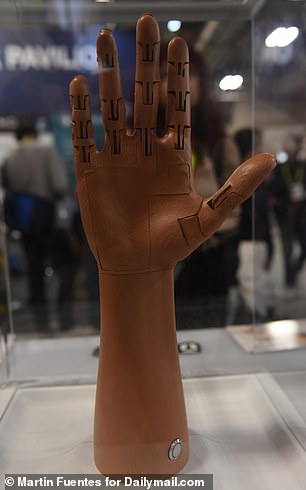 The company’s design and engineering teams take 3D scan data through software that automatically tailors the design to the shape and dimension of the wearer. The combination of Dassault’s design software and HP’s Multi Jet Fusion printers allows Unlimited Tomorrow to produce some of the most advanced artificial limbs even in remote and underprivileged communities. This technology has the potential to improve millions of lives, a real global impact.

The benefits of 3D printing don’t stop at healthcare. HP has committed to making Multi Jet Fusion a go-to platform across all markets for both rapid prototyping, with its 300/500 series printers, and large-scale production with its 4200/4210 machines. In the automotive industry, HP printers are already being used from design to prototyping and into production. Designers love being freed from the manufacturing constraints that previously held them back from creating innovative new works. For example, Volkswagen, the largest auto maker in the world, is embracing HP 3D printing in its long-term roadmap, and BMW recently printed its millionth 3D printed part.

Working with designers around the world, our goal is to democratize 3D printing by working with leading 3D software companies as they incorporate support for Multi Jet Fusion into their products both early and effectively, so designers can get a head start on taking their work to a new level instead of playing catch-up in coming years.

We encourage all designers to look for 3D printing-friendly tools that are better for you, and to engage with software makers as well as with us. Almost anyone can understand the appeal of a cheaper, faster production lifecycle. But you, the experts who will design the next products that change the world and change individual lives for the better, know more than anyone how this breakthrough technology can best be placed into your hands to takes its capabilities as far as they can go.