Several months ago, Richard Doyle and I began discussing ways we could highlight the fantastic SOLIDWORKS User Group Leaders in our community. Completely dedicated to their members, these leaders have been volunteering their time to inform and connect users in their area for the past twenty years. The User Group Leader Spotlight series was born because he wanted to make sure you knew their names, and that’s exactly like him. When I decided to form my own SOLIDWORKS user group, I wasn’t sure where to start. Like so many others, I found Richard Doyle’s contact info on www.swugn.org. We met via email, and with his guidance I got my group off the ground. I didn’t expect what happened next. I fell in love with the SOLIDWORKS community and the people who attended my meetings. I wanted to know more about what they did, what they were working on, and how they were using SOLIDWORKS to change the world around us. It changed my path completely. Over the years, I’ve found myself calling Richard regularly to catch up on daily life, seek his advice on everything from presenters to career moves, and to share some amazing stories. Richard’s one of the most consistent people I know. If a user group needs anything, he’ll make it happen. If someone in the community needs something, he’ll make it happen. I try to be like him every day. His kind words and pep talks have helped me to achieve more than he’ll ever give them credit for, and I’m glad to him call my friend. I am one of many. For this installment in the series, it is my pleasure to shine the SWUGN Group Leader Spotlight on our mentor and friend, Richard Doyle. 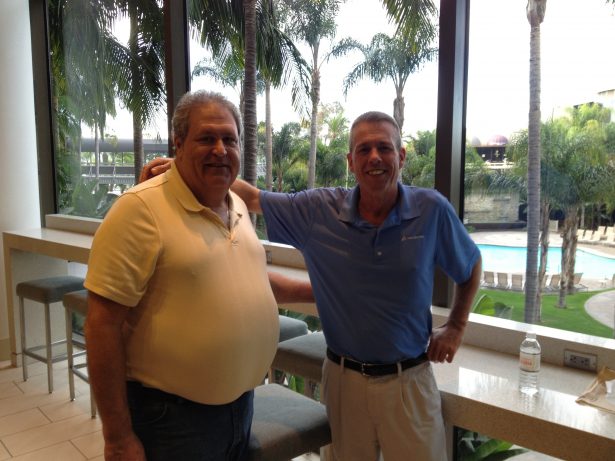 So what’s it like working with (or picking on) a guy like Richard Doyle? It is stupendous. Richard’s helpfulness and dedication to the user group leaders and the user community can’t be compared. I have known Richard for over 14 years, and in that time I have never seen his enthusiasm wane. Whenever there is mention of the users groups he gets as giddy as a schoolgirl on her first date with the high school jock. Well okay, maybe not that excited, but close! When he mentions he is in his dream job, it is genuine and it shows. This is infectious to us leaders. For me, it helps to know that this energy is there. Without it, I am not sure my group would have surpassed its 10th anniversary. Richard is always there at the ready. If a leader has a question, or just needs a little confidence boost, he is there with answers and support. Richard isn’t just a leader to the group leaders, he is also a friend. One that looks out for you when you don’t even know you need to looked out for. Thank you Richard for all that you do. – Casey Gorman, Southeastern United States SWUGN Committee Representative 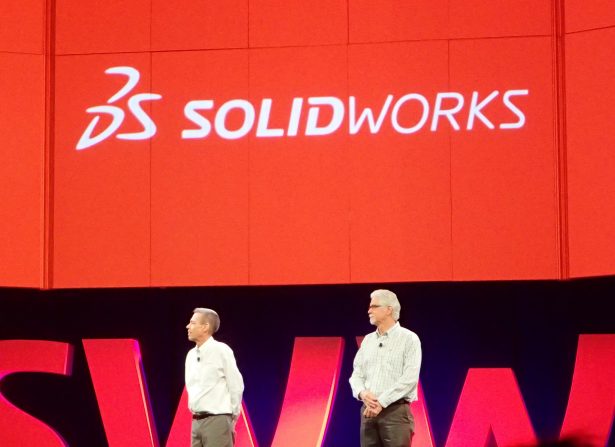 Richard who? Oh, that Richard. Wait… oh… THAT Richard! Richard has the truly unique talent to herd almost 300 user group leaders from around the world into the corral we call SWUGN (darn good Texan reference, huh?). He has been doing it successfully for years, and it almost seems like he knows what he’s doing. Richard is one of those mentors that always has a great suggestion or friendly advice. He guides you to handle the situation yourself, but is always willing to step up and do it himself when needed. I have never seen the selfish side of Richard, and I am fairly certain he doesn’t have one. He will always give credit to others, insist on sharing the spotlight, and thank everyone appropriately. It would be interesting to know how many user group leaders and coworkers Richard helps on a weekly basis, but I would bet that number is a lot higher than most of us would guess. – Phil Sluder, Western United States SWUGN Committee Representative 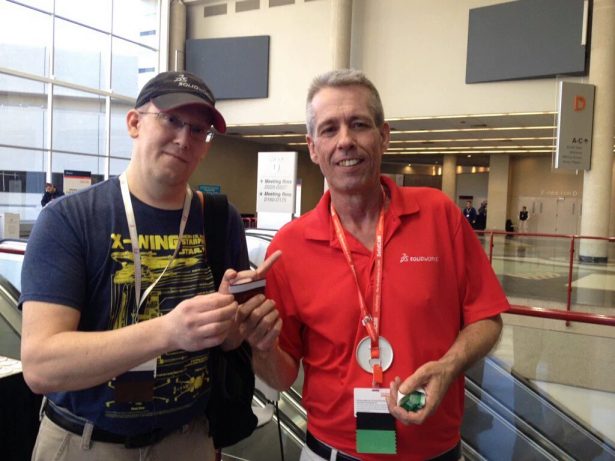 R – is for the Respect that we all have for him
I – is for the Inspiration that he gives us
C – is for the Community which he holds so close
H – is for the Heart of a man not afraid to show emotions (I hear ya man)
A – is for the Advice that so many receive from him
R – is for Revered, from far and wide
D – is for Dedicated.

Never did I believe that my journey with SOLIDWORKS would take me to where I am today. It was a love of the software at first, which over the years branched out to meeting a few other like-minded people here and there. One of those like-minded people convinced me to bring some hobby stuff to a SWUG meeting, and later even convinced me to start a group (thanks, Ed). I was introduced to Richard and that’s really where it started. It was the software at first, but now it’s the community which Richard holds with such respect and passion that keeps us together as a second family. It goes beyond a community of nerds, and Richard is the glue that binds many of us so closely together. Friends for life, and even though we are all separated by some distance we are all close. So, pass a tissue please before we all break down! – John Matrishon, Western Massachusetts SOLIDWORKS User Group Leader (SWUGL) 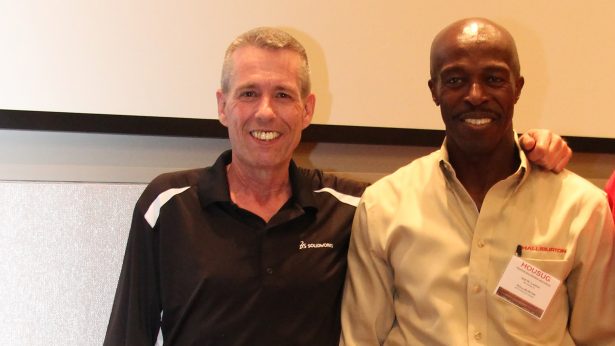 Advocacy: “the act or process of supporting a cause or proposal.” I was expecting to see Richard’s name. I met Richard 1999(ish) when a team of four of us from Halliburton would drive up on Sunday to attend “The Central Texas SolidWorks User Group” (CTSUG), a three day conference in Austin, Texas. From the time we arrived until the last hour of the conference on Wednesday, Richard would be moving at beast mode pace, non-stop! So how did Richard become a SOLIDWORKS employee? Does anyone know the real story? The version I got is that a SOLIDWORKS employee got wind of the CTSUG that would bring users from as far away as Australia. Therefore, the question back at the home office was “who is this person?” Someone obviously thought that Richard was already on the payroll…and shortly thereafter, he was. We all know the dream – if you can find a way to be paid for what you enjoy doing you are way ahead of the game – Richard is light years ahead. As Richard would say, he has to pinch himself because it is so surreal…his official title is: “Senior User Advocacy & SOLIDWORKS User Groups.” This job was made for Richard!!! Gotta love it! – Joe Lance, Houston, Texas SWUGL 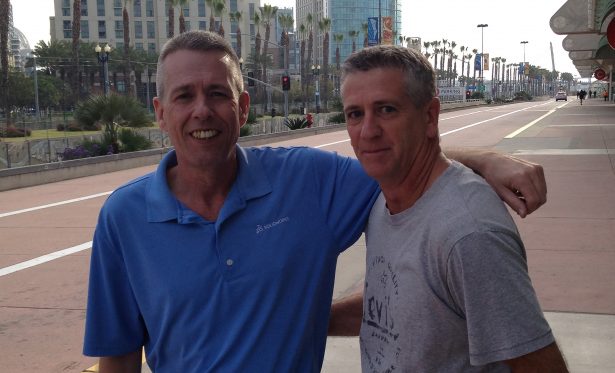 SOLIDWORKS User Group Leaders are known for their enthusiasm & passion, especially when it comes to all things SOLIDWORKS and the users of the product. However, even if you added the combined power of all the User Group Leaders together, it would still pale into insignificant compared to what is shown by Richard to this community. A couple of moments from SOLIDWORKS Worlds past give just a small insight into that passion. At SOLIDWORKS World 2011 in San Antonio, Texas, Richard could be found running a shuttle service between the Airport and the city! Why? Because he WANTED to personally welcome & greet as many from the community as possible. Richard can always be found in or around the Registration area at SOLIDWORKS World! At SOLIDWORKS World 2012 in San Diego, it’s early, around 7am. (I have a time zone thing going on!) I see Richard, “You’re early” I say. He responds “I’m not scheduled to start work until 11am, but where else would I WANT to be?!” These are a just a few of the things we see. But there are so many things behinds the scenes that we don’t directly see. There is a big difference between WANT & have too! It’s hard not to be inspired by that! – Michael Lord, Sydney, Australia SWUGL

I was given 200 words to describe Richard Doyle, but I can do it with just two – infectious enthusiasm. There is a reason that the SOLIDWORKS Community is the envy of all other user communities, and that reason is Richard Doyle. In addition to being a mentor, a fountain of knowledge, a legendary presenter, an extraordinary organizer, and a cat wrangler, Richard is also the biggest cheerleader for all things SOLIDWORKS, especially when it comes to the User Group Community. The SOLIDWORKS User Group Leaders are a big, eclectic family who strive to inspire, engage, introduce, educate, and basically bring together everyone with a passion for all things SOLIDWORKS. We are happy to do this for others, because Richard has done this for all of us. If you can spend 10 minutes with Richard, and NOT be more excited about whatever it was that you were talking about, you should probably see a doctor, because you are the only person that is immune to his infectious enthusiasm.  – Todd Blacksher, Southern United States SWUGN Committee Representative (side note on this one – we could not drum up a single picture of Todd and Richard together! If you’ve got it, please sound off and let me know! Otherwise, we’ll have to wait for SOLIDWORKS World 2017 in Los Angeles!)

These are just a few, and there are many other stories to tell! Please feel free to share yours in the comments below. And from all of us, thank you, Richard!